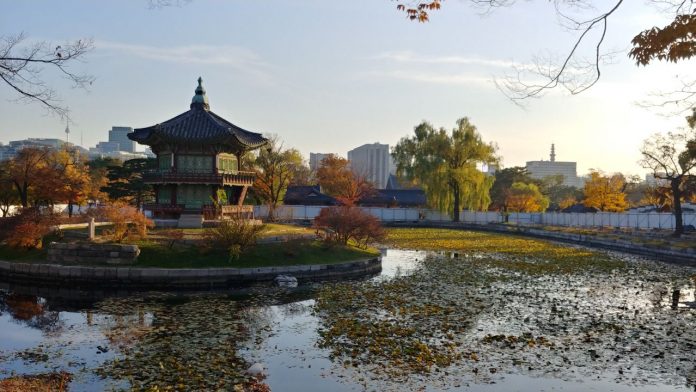 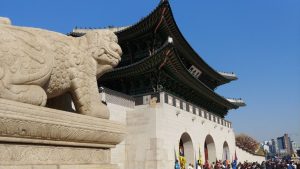 Finally managed to find some time to go down to Gyeongbokgung! It is the main palace during the Joseon Dynasty and was home to the Kings of the Joseon Dynasty. Many of the original buildings were burnt down during the Imjin war, a war between Korea and Japan, but most of them were restored in the 19th century.

Okay, enough of the history lesson, let’s move on to the important part of Gyeongbokgung, dressing up in a hanbok (traditional korean clothing) and taking photos in the palace. 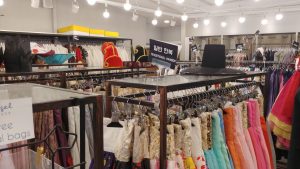 Scattered around the outskirts of the palace are Hanbok rental shops, most of costs 10,000won for 2 hours. The best part is that if you dress up in a Hanbok, you get free entrance into the palace! (Entrance fee is normally 3000won). 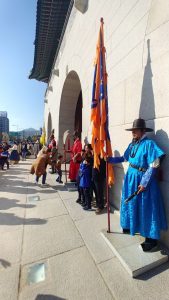 If you come at the right time, you can witness the change of the Royal Guard, where you can take photos with the guards, and see them march in or out of duty.

Gyeongbokgung is a pretty large place, so if you intend to actually walk the whole palace while taking photos, you will need roughly 4 hours! Theres also a large garden with beautiful autumn leaves. I highly recommend coming during the end of October when the leaves have fully turned. 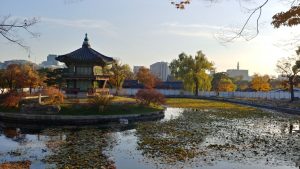