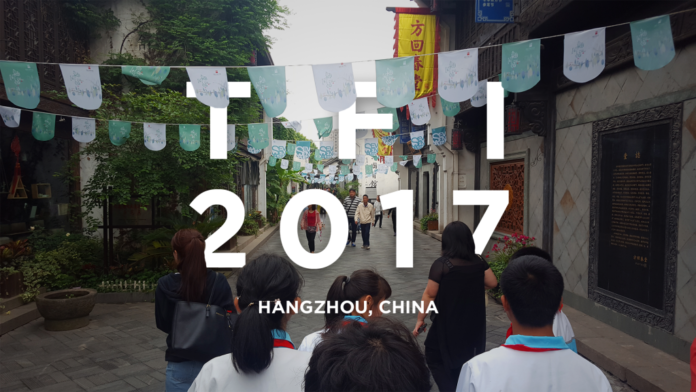 We knew little about the plans for the Grand Canal excursion – I daresay we only knew that we were accompanying the kids out to ‘the river’. The children on the excursion were some of the older and more outgoing ones, and even within this small subgroup there was a spectrum of personalities.

In typical modern Chinese fashion, we travelled there by Didi (China’s Uber/mobile car-pooling service). The Grand Canal Museum sat on an open plaza centered around a fountain, where passers-by would seek respite from the toasty rays of the morning sun.

刘老师 whipped out a stack of colourful educational flyers. An environmental advocacy campaign, suggesting methods from waste disposal to recycling; presumably designed by the children. She handed a bunch to each child. The kids picked up her intention quickly, but the prospect of going up to a stranger might have been a little intimidating for them. No worries, as she led by example, bringing one of the children with her to approach two ladies by the fountain. She guided the child to introduce herself, to explain the intention of the campaign, and to let the stranger keep the leaflet. Excited, and seeing how easy it actually was to interact with a stranger, most of the children then surveyed the hunting ground for potential targets, with us (old) students trailing behind. It wasn’t long before the leaflets ran out. 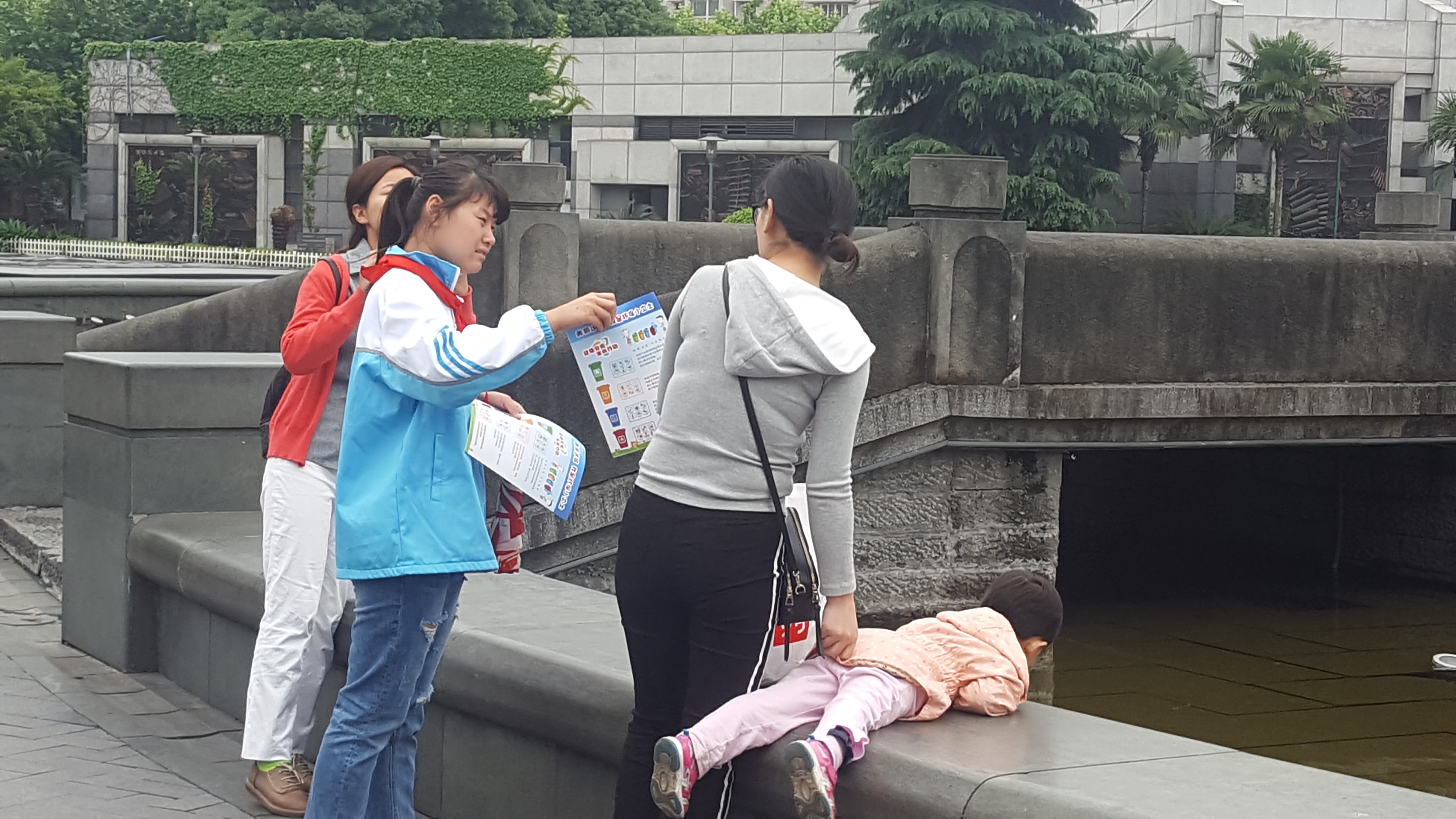 The strategies to complete their given task varied greatly – some followed 刘老师’s example, while others teamed up against unsuspecting passers-by. Sometimes the children would be a little imposing, but that’s the mark of a good salesperson, no? Seeing the childrens’ enthusiasm, I decided that I shouldn’t let the communication barrier stop me from experiencing it with them. Keeping the children company and giving them morsels of advice from time to time helped make them a little more confident approaching different people.

The next task was to render the entire area free of FOD (foreign object debris) like waste cigarettes, scraps of paper, used paper towels, and the like. Each child was given a translucent, disposable bag. Given the area was relatively clean, the children had an easy time retrieving the litter. I was quite a distance behind one of the girls when she stopped. She was looking at a sad, melting mound of vanilla ice cream on the floor. Unsure what to do, she walked past it. I hurried up to her, noticing that she had a paper towel in her trash bag, and asked her to follow me.

We went back to the scene of the crime, where I tried to explain that she could, in fact, clear the mess without much difficulty. Using the discarded paper towel, I showed her that it could be wiped up in a few pinches. At this point the open plaza was almost completely free of litter, and everyone was proud of their hard work.

Before leaving, we accompanied the children on a leisurely stroll along the street on the opposite side of the canal. Spencer, having brought his Bluetooth speaker along, played some Chinese songs, much to the childrens’ delight. 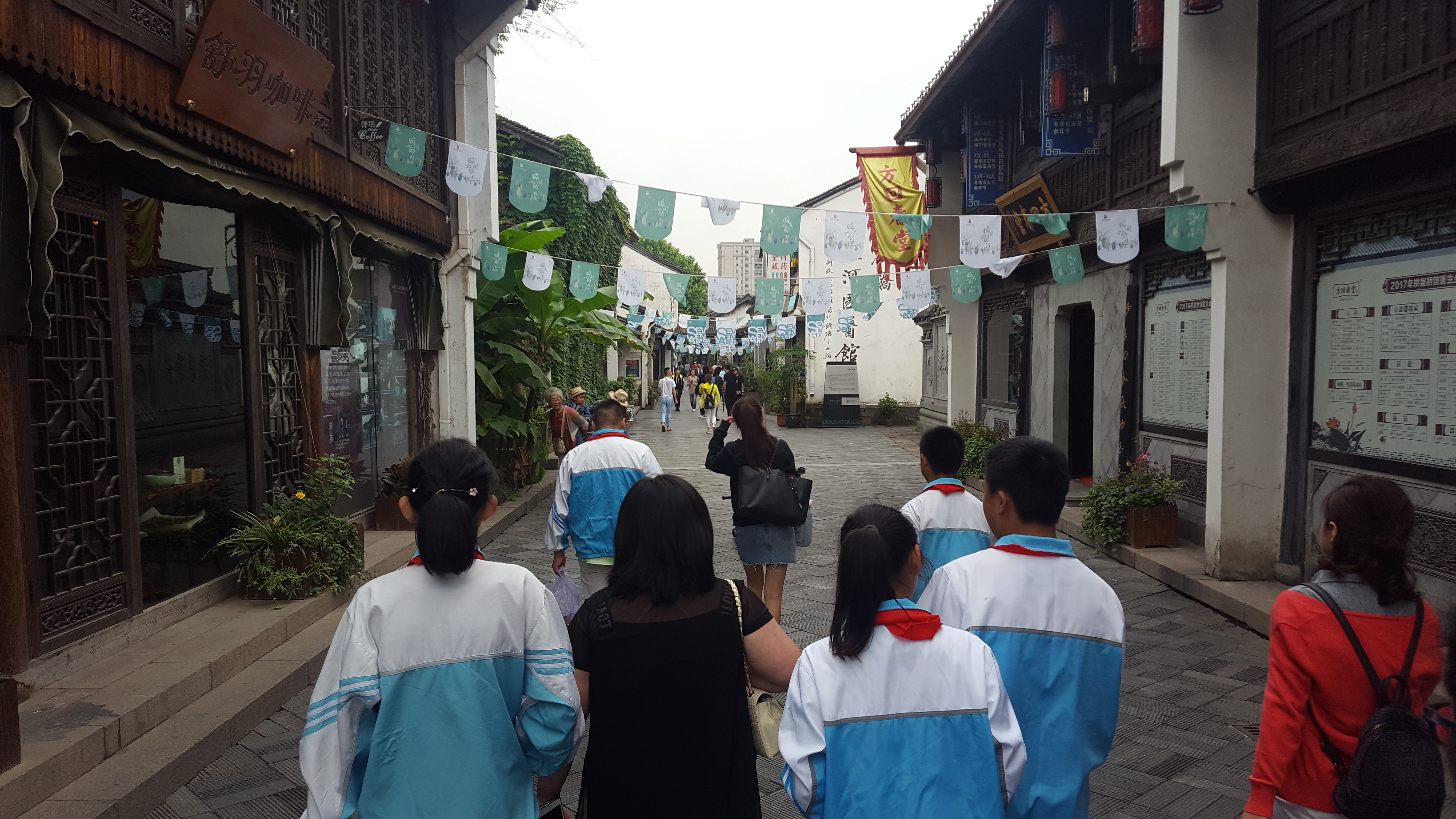 We took a break at a small pavilion where we sang and danced with them, to the amusement of a few elderly ladies. Many often overlook the power of universal languages – music, gesture, body language – in bringing people, especially of different physical, social or cultural dimensions, together. As I danced along in a foreign place to a foreign song, whose lyrics and tune I struggle to remember, both the children and I were having an amazing time. And as long as they were enjoying themselves, we were happy as well. 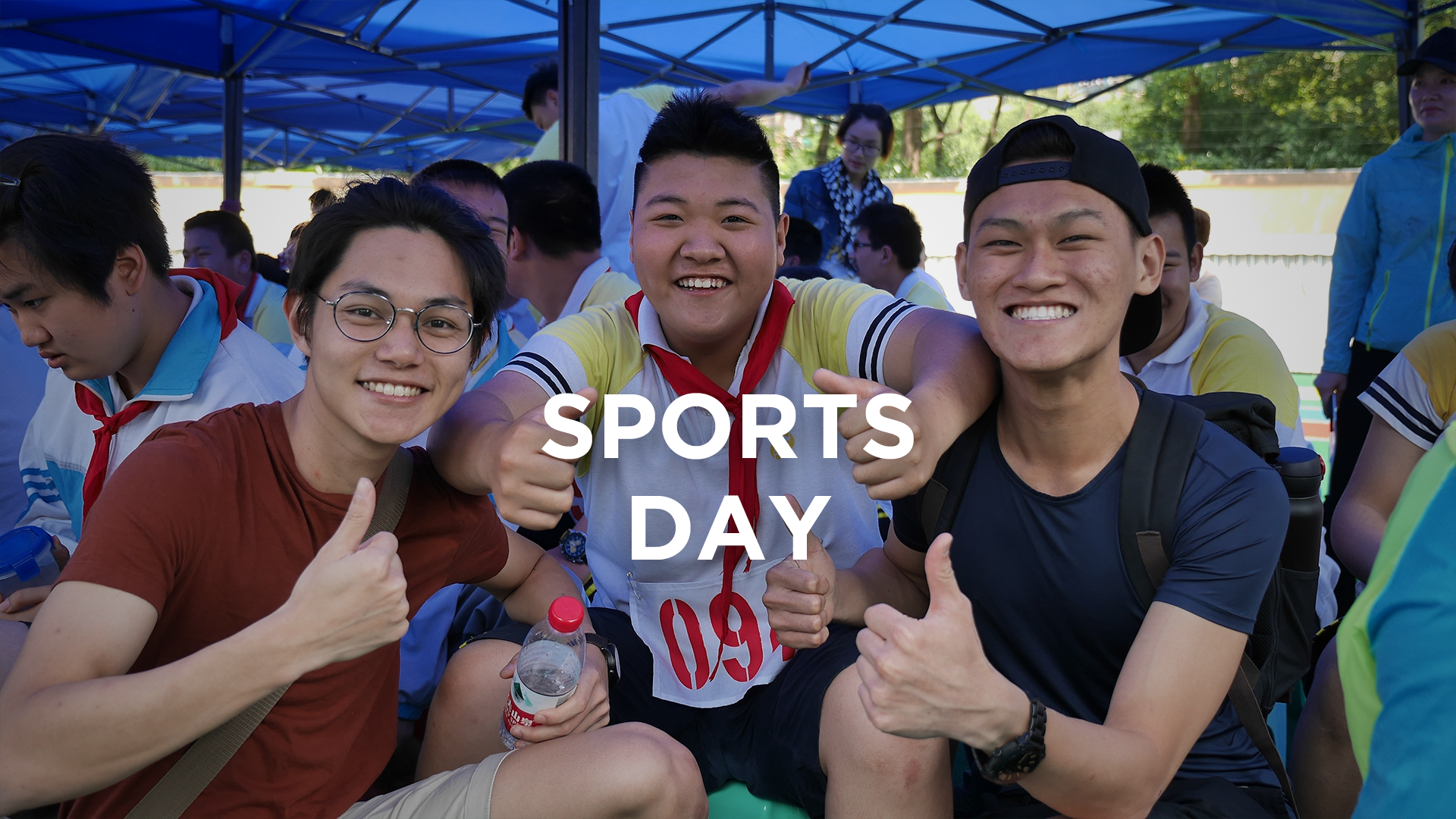 At the Hushu School Sports Day event, we helped out as coordinators, logisticians, and helping hands. We were there to support the staff to run the event smoothly. The Sports Day event, Special Olympics, was a lively event involving all the current children at the school, as well as alumni (some were quite old) who’ve graduated.

We were in charge of recording scores, guiding participants, awarding prizes, and conducting games among other things, though the roles did seem to become homogeneous after a while.

Even though the event was organized extremely well (sequentially), the programmes had to be patiently executed. Consequently, we had a much better understanding of the processes behind running such an event for a special group of people, and the considerations behind every decision.

Towards the end, I found myself giving out canisters of oil and sacks of rice as prizes to the older alumni who had won in their respective events, while the young children received towels and biscuit snacks. One child, who was up on the podium for the third time, remarked in the most uninterested tone, “怎么又是毛巾？”, which roughly translates to, “why is it a towel again?”. Picking up the (unintentional, hopefully) dark humour from this little boy, my friend Keith and I laughed.