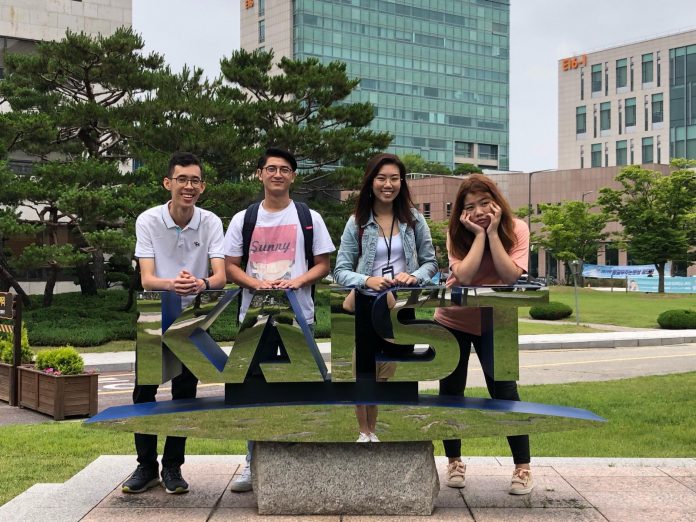 Participating in the KAIST International Summer School (KISS) is a completely new experience for me. Coming into Korea without any a priori knowledge of Korean Language or culture, I decided to to wing it because for the most part, i understood that Seoul had an abundance of English and Mandarin. I was also to take Basic Korean at the KAIST University so i would eventually grow more familiar with the language. However, KAIST was not situated in Seoul, rather a peaceful town called Daejeon. That was how i received my first culture shock. After touching down and arriving at KAIST on Wednesday,, at the schools canteens where i would have my first meal in Korea, many of the menus lacked English, if they had any. As such ordering food was a source of much confusion! Big shout out to the KAIST student coordinators Alvin and Naurul who were very forthcoming in easing us into our new environment and explaining the school’s menu!

If ordering food within school was difficult enough, travelling into the city proved even more a challenge because there was no english at all and everyone spoke only Korean. Despite this we pulled through and spent Thursday at the bustling streets of Central Daejeon and Jugangno. There is plenty to do at Jugangno, street food and shopping included. In fact, alot of shopping! The encounter with completely foreign environment certainly spurred me to pick up Korean effective immediately. Word of advise to any prospective students for this programme, come prepared with some common Korean phrases, especially direction, money and food! Summer in Korea is cooler than Singapore. And alot wetter. When it rains, it just keeps pouring. It rained the whole of Saturday, morning till dusk. However, after being cooped up in the dorm for the whole day, we headed out to a nearby bar called Santa Claus in the district of Gu-dong west of KAIST. Many International students came along, including Koreans, Ethiopeans, Singaporeans and Mexicans! It was a really fun night where people of many different backgrounds hung out together!

This first few days are quite cool. Looking forward to the rest of summer school 🙂