Professor Peter Jackson shares his vision for SUTD and the future

When Professor Jackson joined SUTD as Head of the ESD pillar in 2016, it was a move few anticipated. After all, he was coming after an illustrious 37-year career at the prestigious Cornell University, where he was Head of the Systems Engineering Programme at the School of Operations, Research and Information Engineering.

To Professor Jackson though, the move was natural, “I was one of the founding faculty of the systems engineering programme at Cornell where we brought four traditional engineering disciplines together. The challenge and thrill of working with other engineers was a lot of pleasure. During the process, I also came into contact with people from the design end of the spectrum, so I was intrigued by design thinking and concepts and how you bring that into an engineering curriculum.” He recalls, “So when I was looking at what to do next, what I wanted was a more inter-disciplinary programme that emphasised design. When SUTD contacted me, it seemed like it was a perfect fit, and exactly what I was looking for.”

Engineering Systems – thinking about a system of systems

It came as no surprise to Professor Jackson when we sheepishly admitted that as an outsider, ESD was the pillar in SUTD we understood the least. With a kind smile, he patiently explained “It’s the study of large-scale social-technical systems. When you look at an urban environment, there’s a huge collection of infrastructures, for example transportation and health care systems which are all managed to meet specific goals. The concept of a system of systems is where you have systems that are operated for local purpose also work together for global purposes

He continued, “What you’re trying to do in ESD is to bring together the various tools and disciplines that are appropriate to study things that are not purely physical. The laws of physics take you so far, but once you have humans in the loop, it becomes a lot more interesting. You have to deal with the economics, incentive compatibility, and work with uncertainty. How do decisions guide the paths organisations go down? That is what we try to answer.”

One of the areas that Professor Jackson is deeply passionate about is ensuring graduates from SUTD are well-positioned for success. With the deep purpose of an engineer at the top of his game, Professor Jackson has tirelessly worked to refine ESD’s core curriculum to ensure students pick up the right skills. “When I joined SUTD, I wanted to increase the modelling and design content of the curriculum. We rearranged the core content to add courses like Engineering Systems Architecture and The Analytics Edge and extended the scope of our simulation course to cover Simulation Modelling and Analysis. We also reclassified some core courses as electives to reflect this focus. We have now a core curriculum that is a very modern and satisfying expression of the pillar identity: Engineering Systems and Design.”

These changes have already paid off. ESD graduates have been in high demand at a wide variety of industries from aviation to finance, healthcare to IT, with over 90% securing employment within six months of graduation. Many others have also gone on to further studies at world-renowned universities such as Yale, Cornell and Carnegie Mellon. Like a proud father, Professor Jackson beams “SUTD equips our graduates with a mastery of both engineering and management, which sets them up to quickly move on to leadership positions within their organisations. Their ability to work with many different people to find solutions makes them valuable.”

Another aspect of ESD that makes graduates valuable is the industry experience they get working on real world problems. “One of the fundamental differences now as opposed to the past is the amount of data available. We have companies knocking on our door with problems they want to analyse, and they can immediately give us large datasets. So that translates into the educational programmes where we can get students to start on industry projects right away.”, he further explains. He pointed to projects students did forecasting product demand for Singapore Pools, determining optimal locations for a local car-sharing service, as well as resource allocation for Park Avenue Hotels.

Unleashing the faculty to do their best work 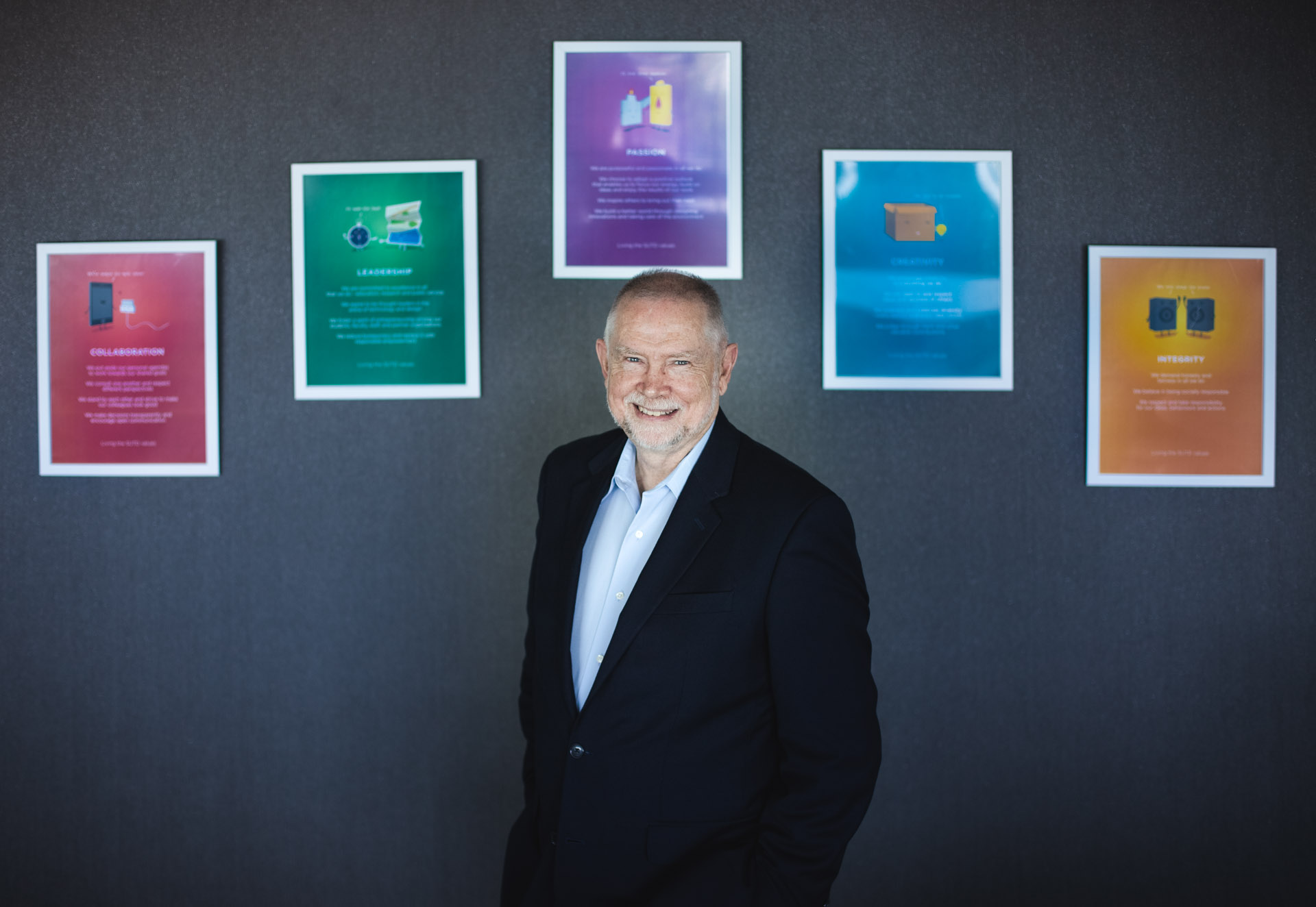 When Professor Jackson first joined SUTD, he was pleased to find that the quality of faculty was already very high, as they are a core part of his vision for the school. To that end, he feels that “The approach with faculty is not so much to groom them but to release them. We want to create a space that’s exciting for them to work in to give them as much freedom of movement as we can.”

Working with colleagues from the other pillars is not only allowed, but actively encouraged. As Professor Jackson puts it, “Because we’re a small university, faculty find themselves interacting with people they wouldn’t normally interact with had they been in a department someplace else. So, what you see coming out of SUTD is innovation at the boundaries between disciplines because it’s so natural for us to work together.”

One such example is Professor Stefano Galelli’s work on cybersecurity for water resource management systems in conjunction with colleagues from ISTD. As Professor Jackson points out, this is the kind of project that would not ordinarily be undertaken by a water resource department at a traditional university.

“It’s a virtue of being small, and SUTD is small by design. The research that often emerges from our cross-disciplinary faculty blends ideas and looks at problems that span traditional disciplines. That same energy of looking to integrate things will carry down into the undergraduate curriculum. As a result, our graduates are much more well-rounded and have a vision for the world that is not trapped by a discipline.”

Opportunities for the future

Looking to the immediate future, Professor Jackson is focused on building on existing advantages. One of these is SUTD’s location in the east. “If you look at where the university is situated – there is a natural ecosystem with the airport, Changi General Hospital and Changi Business Park right next to us. Many sectors there are ripe for growth. Singapore is working very hard to become an innovation economy, and we want to be part of that. The administration has worked hard at building relationships and it’s something we are further nurturing.” 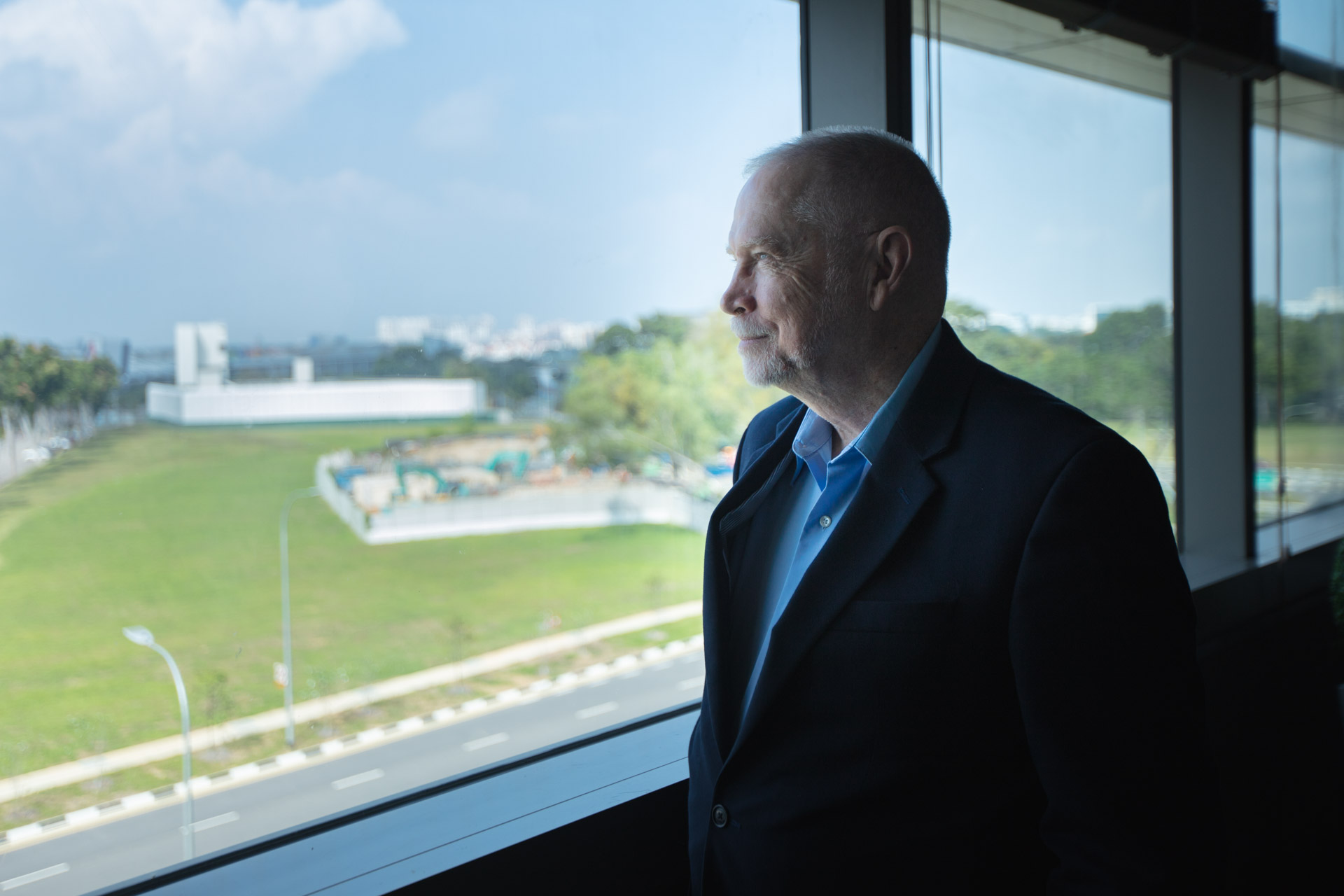 Beyond Singapore, Professor Jackson is also excited about the opportunities in the region, “Singapore is already a well-run but small market. If you can take that excellence to neighbouring countries, you will find that the opportunities to create business and innovation are tremendous. The finance industry is ripe for explosive growth across the whole region. The aviation sector is under an enormous capacity crunch, and it’s growing at 6% per year and so there aren’t enough people to fill all the jobs. There’s going to be a rapid digitalisation and automation of those functions, so someone coming out of university now has the opportunity now to create businesses that are meeting pressing needs with a large-scale market at your doorstep for those solutions.”

It’s no wonder after all these years, Professor Jackson’s enthusiasm hasn’t seemed to have dampened one bit.

Applications for our undergraduate programmes are now open. For more details, click here.

Missed out on our Admissions and Career Talk? Rewatch the sessions here.