Tl;dr this week we had a trip to 黄山! At the start of the week, we continued our course on Design Fiction where we learnt how to use a bit of animation to express a certain task in a simplistic fashion. Throughout the week, we had quite a fair bit of free time where I spent on pre-readings and attended a presentation by some of our other friends on some projects that they were working on together with some of the ZJU students. Finally at the end of the week we took a trip up 黄山 where it was a little rainy to say the least, but fun nonetheless. 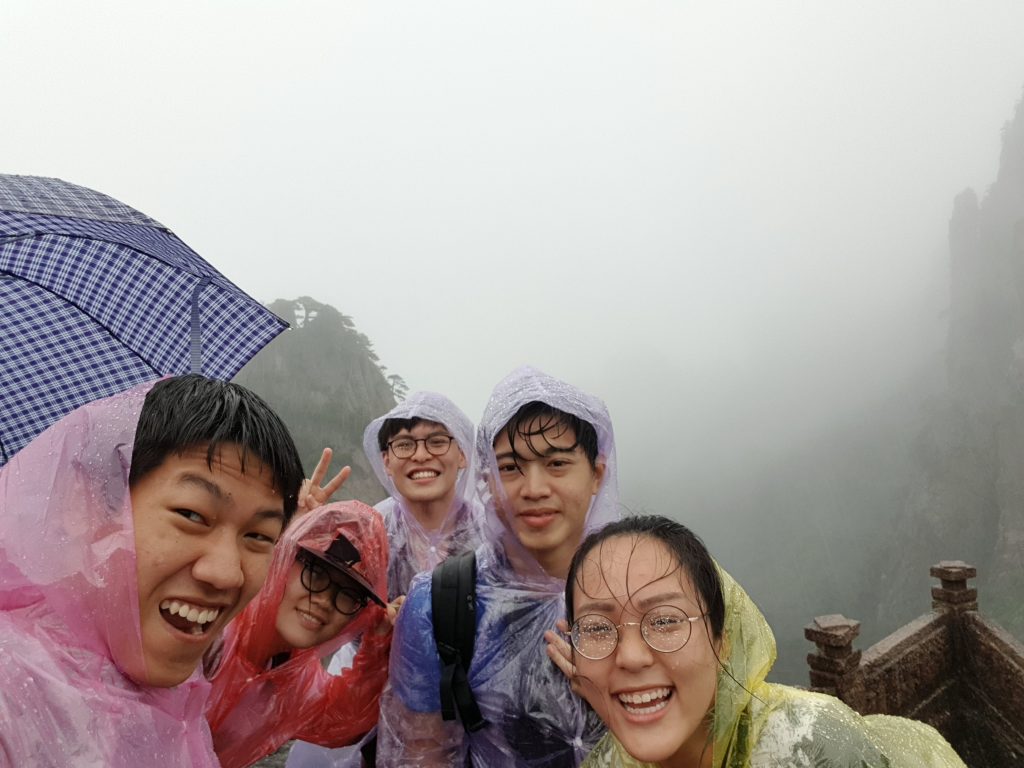 On Monday we attended the second lesson of our Design Fiction class where we learnt how animate a short story of “How to Make Toast”. Drawing on some inspiration from the previous class, we had to make some in-betweens to ensure that our story made sense to the audience, while learning how to use some basic animation tools in Premiere-Pro to show some smooth transitions. Although we had to learnt most of the software on our own, I felt that the class gave a more intuitive idea of how to present the information in a more simplistic way in terms of a story and we were only really limited to our creativity (and maybe some skills with the software) on the final product that we would eventually produce. It was a good opportunity to showcase some of our creativity all while learning how to use a new piece of software, something that might come in handy in the future. 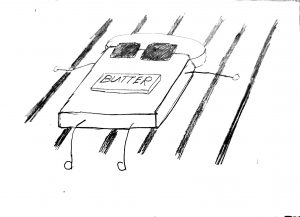 In the middle of the week, we attended a product launch, or rather more like a final presentation of some of the projects that some of ZJU students had been working on over the past few weeks together with some of our own friends. They featured a wide array of cool and interesting products, such as an impressive helmet with a heads-up display which made use of Lidar sensors to inform the driver of potential safety hazards on the road, or even a fish tank which allows the user to have more interaction with their pets. These were just some of the few product ideas that the future might really hold for us, taking things that some of us take for granted and really improving it. I realized that the slides that the students had presented with were really a step above what we were able to do really. Between the information presented and the transitions between slides, the amount of polish on the overall final presentation was really on another level when compared to the way we presented. It really fires me up thinking of ways to create my own slides in the future. 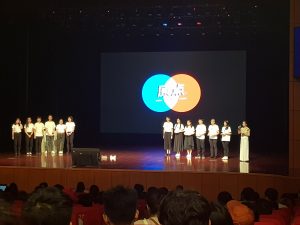 Finally, the end of the week was reserved for a hike up 黄山. To say we got wet would be an understatement. It rained nearly the whole time we were up there, and we didn’t get to see some of the amazing sights that the mountain had to offer. That being  said, I think being amongst the clouds and seeing that amount of fog and mist had it own sense of wonder and mysticism, it kinda gave us all more time to appreciate the nature that surrounded us and maybe not just chase the view that everyone goes up there to see. It made me think that as much as we, as humans, try to control things as much as possible, nature at the end of the day still has the final say. That being said, we were still able to make some memories and enjoy the time up there! 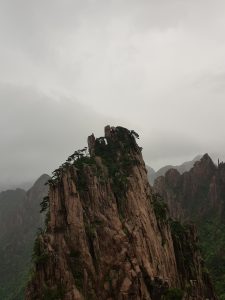 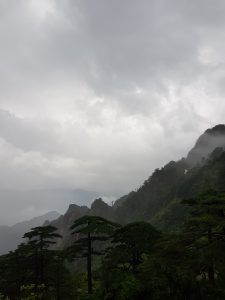 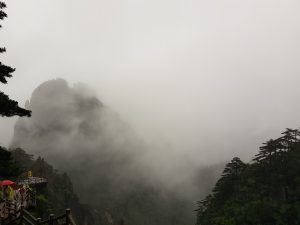 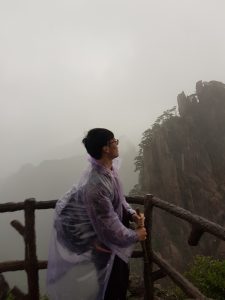 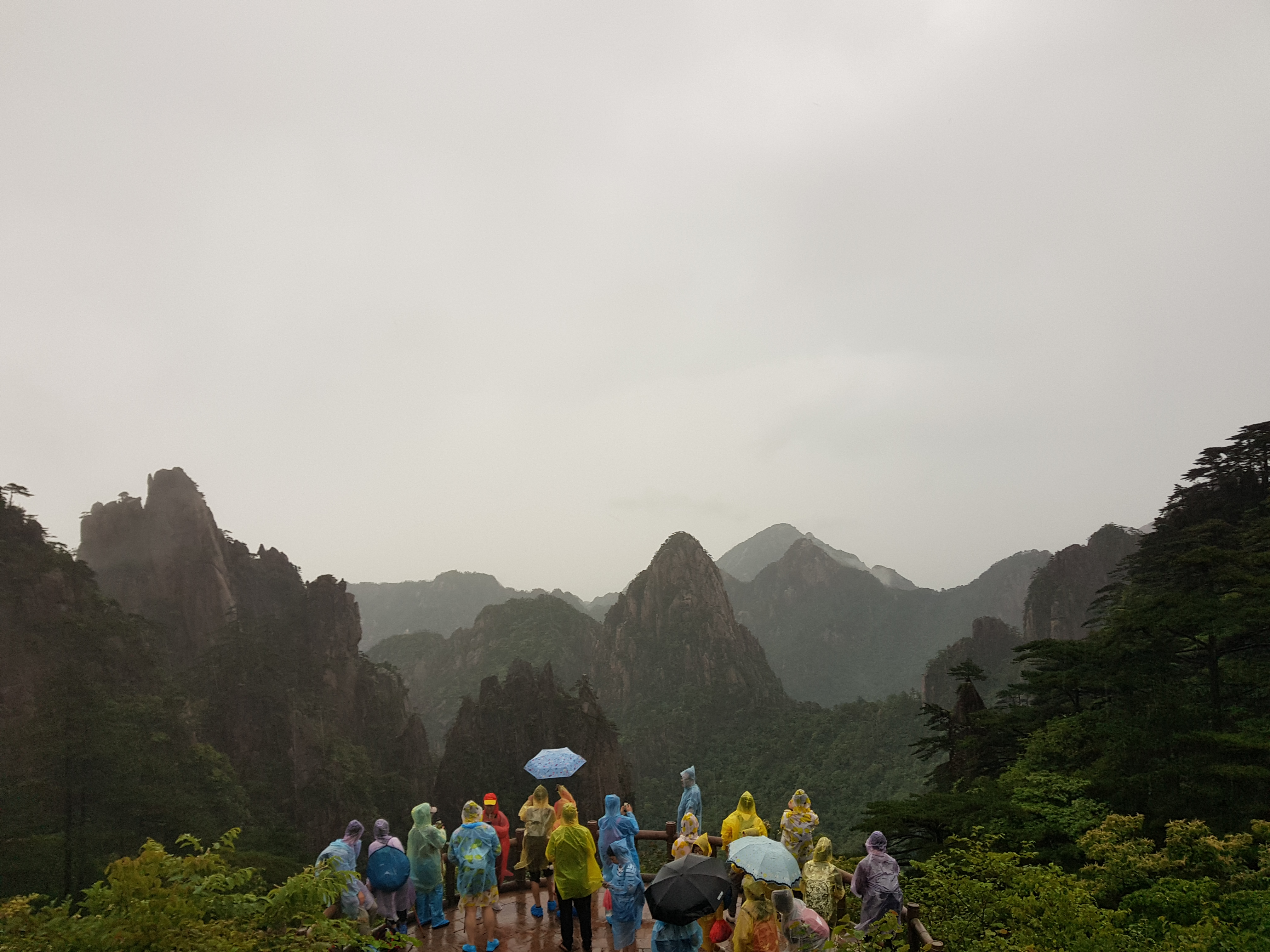 As we enter the midway point of our time here in China, I felt like most of us were already quite accustomed to the way life is around here, being more comfortable with our surroundings. Further down the road, as our projects begin to pick up their pace, I hope that we will still be able to appreciate our time here and not just focus solely on our work!