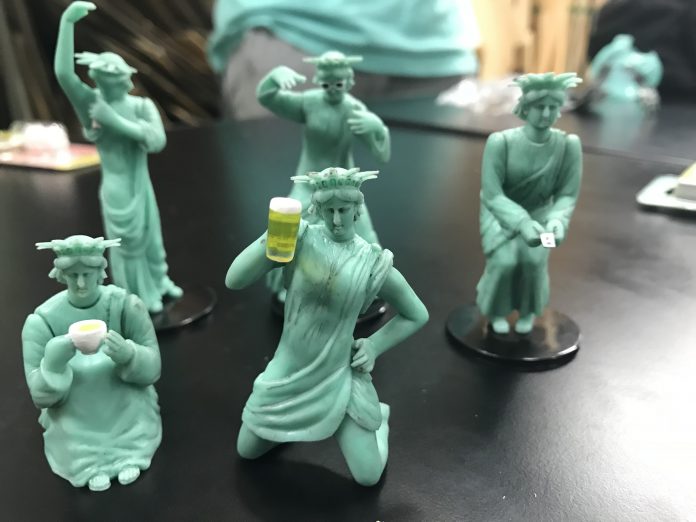 My Japanese teammate gave us gachapon – and (coincidentally?) it’s my Mint team color

Anyway, I guess I am supposed to name my blog in this format since that’s what others did. So after two days of not doing much about robots, we are back to building our robots. 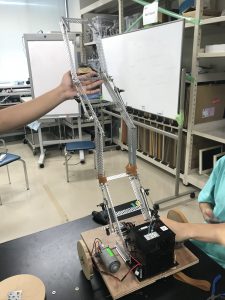 We have to build two robots (sky and land) for the competition. My team decided to pick up balls from the land area to deposit into the scoring zone since the sky robot has only 3 tries. Hence, our land robot had a really high (about 85cm) ‘escalator’ which is quite dangerous since it is made of metals attached with loose screws and rubber bands as of now.

Many other teams have better (efficient) ways of collecting and depositing the balls, but my team decides to stick with our own idea.