After spending hours and days working on our design thinking module, our long awaited recess week has finally come.

In our first few weeks in China, we were often puzzled over how the food in China was not like the “chinese food” we were used to in Singapore. After much thought, we concluded that, being a large country, it is natural that the cuisine differed between regions. Singapore’s roots were likely to have come from the southern part of China, which was closer to Singapore. A group of us decided to go to Guangzhou for the week.

Though there were still many differences, the food and environments we see resemble Singapore more. Guangzhou is home to many foods that we would normally find in Singapore. But the highlight was undoubtedly the dimsum. But Guangzhou is not all about food, there were also many places of interest for tourists like us to visit. 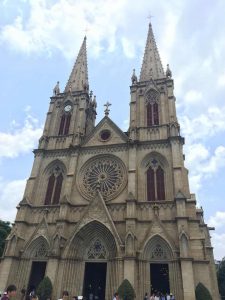 Guangzhou had a number of old towns for people to experience the culture and admire the architecture in the past. I only managed to visit one of the two, Lingnan Impression Park. It was rather interesting because it was very tourist centric, much like a theme park with performances and plays and rides. However, it is ancient China themed, the buildings and landscape are modelled after how China looked like in the past. 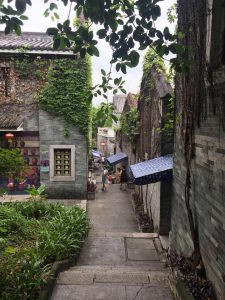 Guangzhou also had many statues in tourist sites. 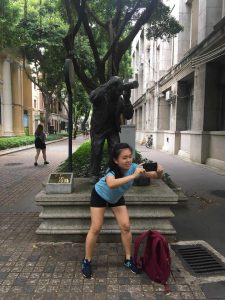 In most areas, the architecture still remain rather old. 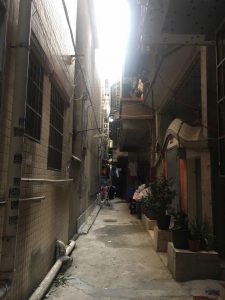 Where we resided in during our stay in Guangzhou.