So today is first day we get to meet our KMUTT counterparts, and to work on some components of the solar-powered lightings.

We started off the day at about 7.30am for breakfast, followed by some ice-breaker games with the KMUTT students, where we introduced ourselves to get to know each other better and formed groups of 5 to work on the components later. 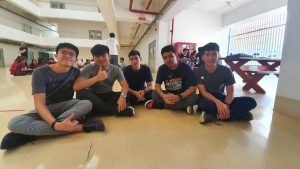 Afterwards, we went for a short briefing by two of our students – Melody and Li Yuan, who gave a broad overview on the system we are to implement at the primary school. We then got to work at the campus’s physics lab, to begin changing the wires on the solar panels to another one that is 3 metres long, allowing them to fit into the system. We then went for lunch, which many of us enjoyed especially since it came with desert. I for one had two servings of the bowl of noodles, since it was just so delicious. 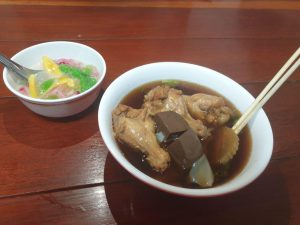 But what followed that satisfying lunch was a full day’s work, where we collaborated with KMUTT students to assemble the waterproof storage boxes, which contains lactic acid battery and solar panel controller. We even made an assembly line, where different groups of students were assigned different tasks – such as marking on the boxes, drilling holes and securing components into the boxes. Some of us also went to solder some wires between different components in the light system. Every student had a part to play in the preparations. 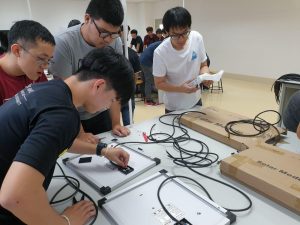 It took a while before we could finally relax and go for dinner. The KMUTT students were friendly enough to offer to bring us to a walk around the campus, where we got to know each other and also our general surroundings better. Afterwards, some of us went off to play basketball together, while I went with the others to play card games at the KMUTT students’ dorm and take it free and easy for the rest of the evening. Overall, while it was not much of an eventful day, we did have a fruitful bonding session with the overseas students where we got to understand them better and I look forward to work closely with them for the rest of this trip. 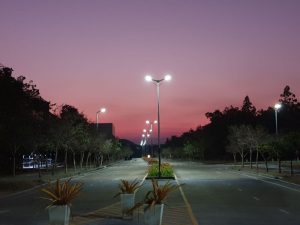 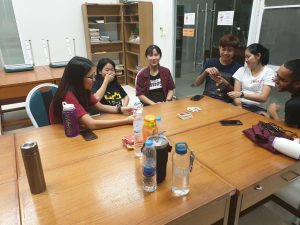 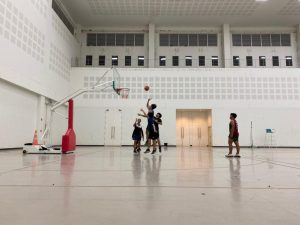