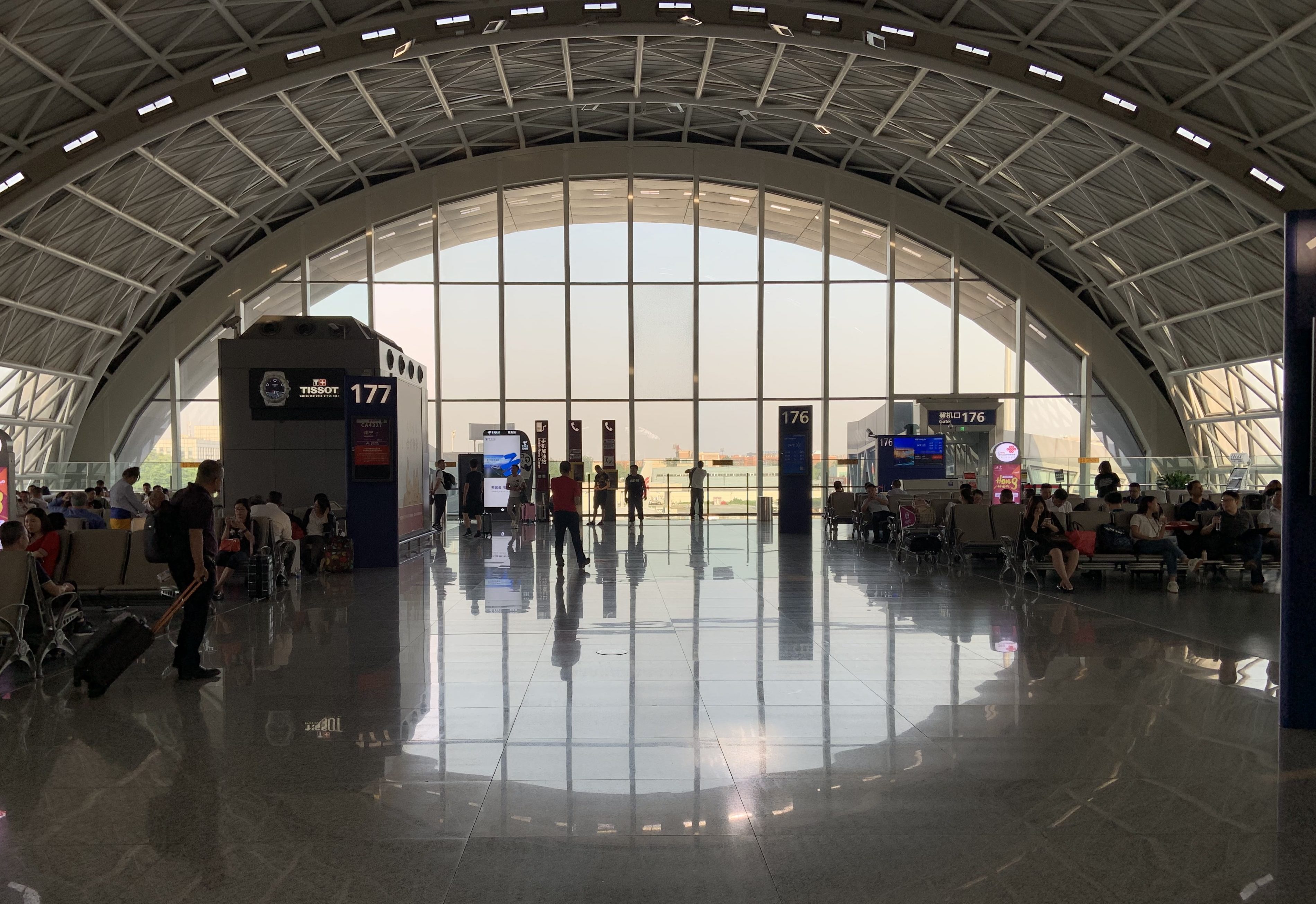 We arrived at changsha after a 2hr flight from Chengdu airport, we were picked up by the delegates from our next University: Hunan University 湖南大学。We quickly got to our hotel to have an early night rest. We didn’t know what to expect from our last hotel, but word got around that it was a 4 star hotel and it DID NOT disappoint. 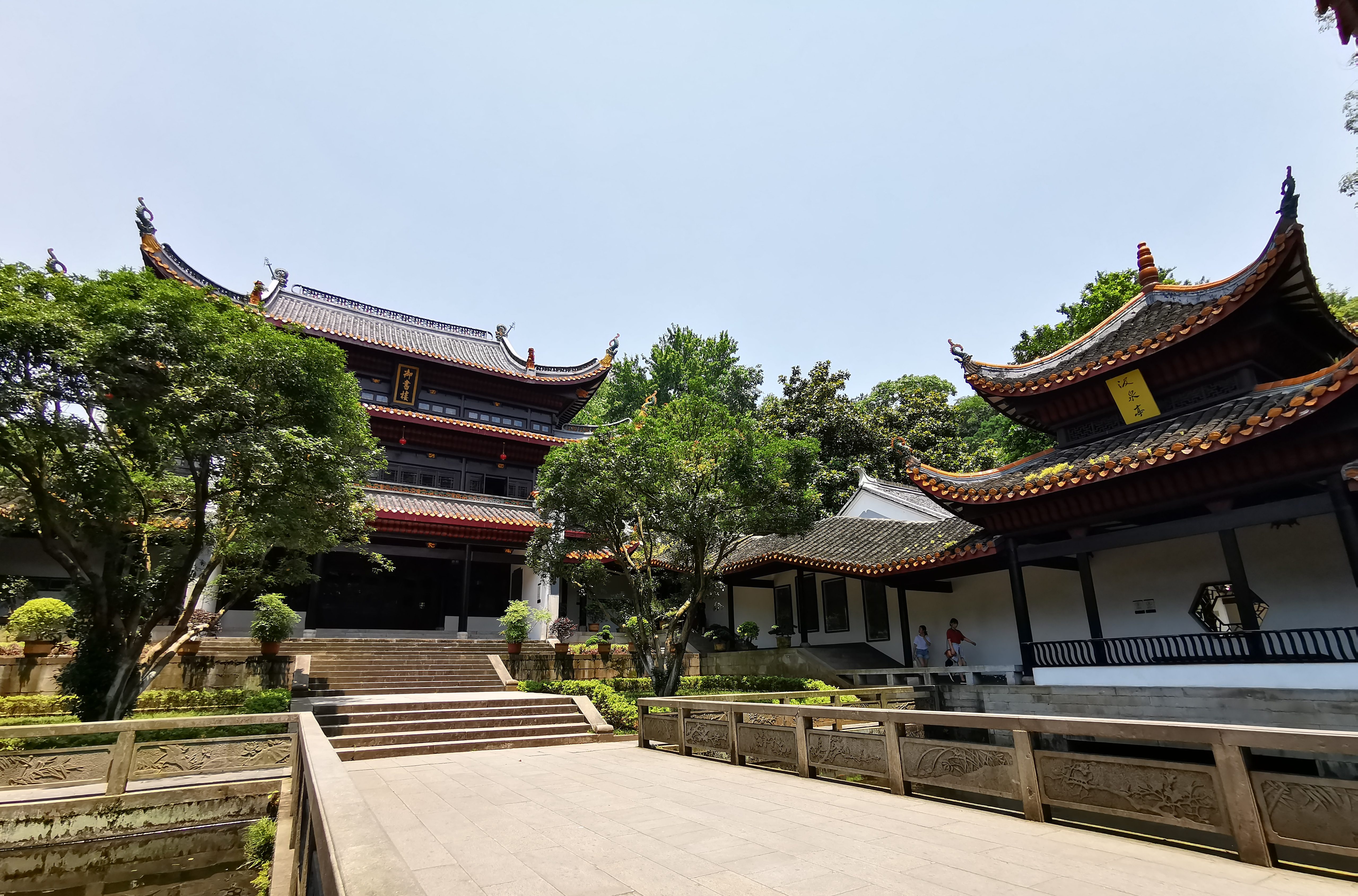 Breakfast was served by the hotel every morning in their dining hall, it is what you’d expect, buffet style with congee as the main dish and side dishes to go along, as well some as pastries and juices. In the morning we went to their school campus and had the official welcome ceremony and gift exchange. Afterwards we went to tour an old campus where they showed us the classes and hostel of what olden Chinese students will be studying in.

In the afternoon we went a museum to learn more about ancient Hunan, followed by a ‘hike’ up a mountain that was … IN THEIR SCHOOL. They have a mountain in their school!! After conversing with the students, apparently some of the students said that the mountain was not that hard to hike, much to our relieve, and that some of them would even hike the mountain to destress in-between their study sessions. The reason why I put ‘’ for when I say ‘hike’ for us, was because we didn’t really hike more than… took a bus up 😛 . At the top of the mountain was a beautiful view of the city. Many photos later, we started discussing on ways to head down the mountain. This mountain apparently has multiple ways of getting down, there was the classic way of walking back down, we could take a cable-car down and, lastly, we could take a luge down WHICH WE DID. It was so much fun sliding down a mountain. After the whole day of walking we had an early end to the day after dinner. 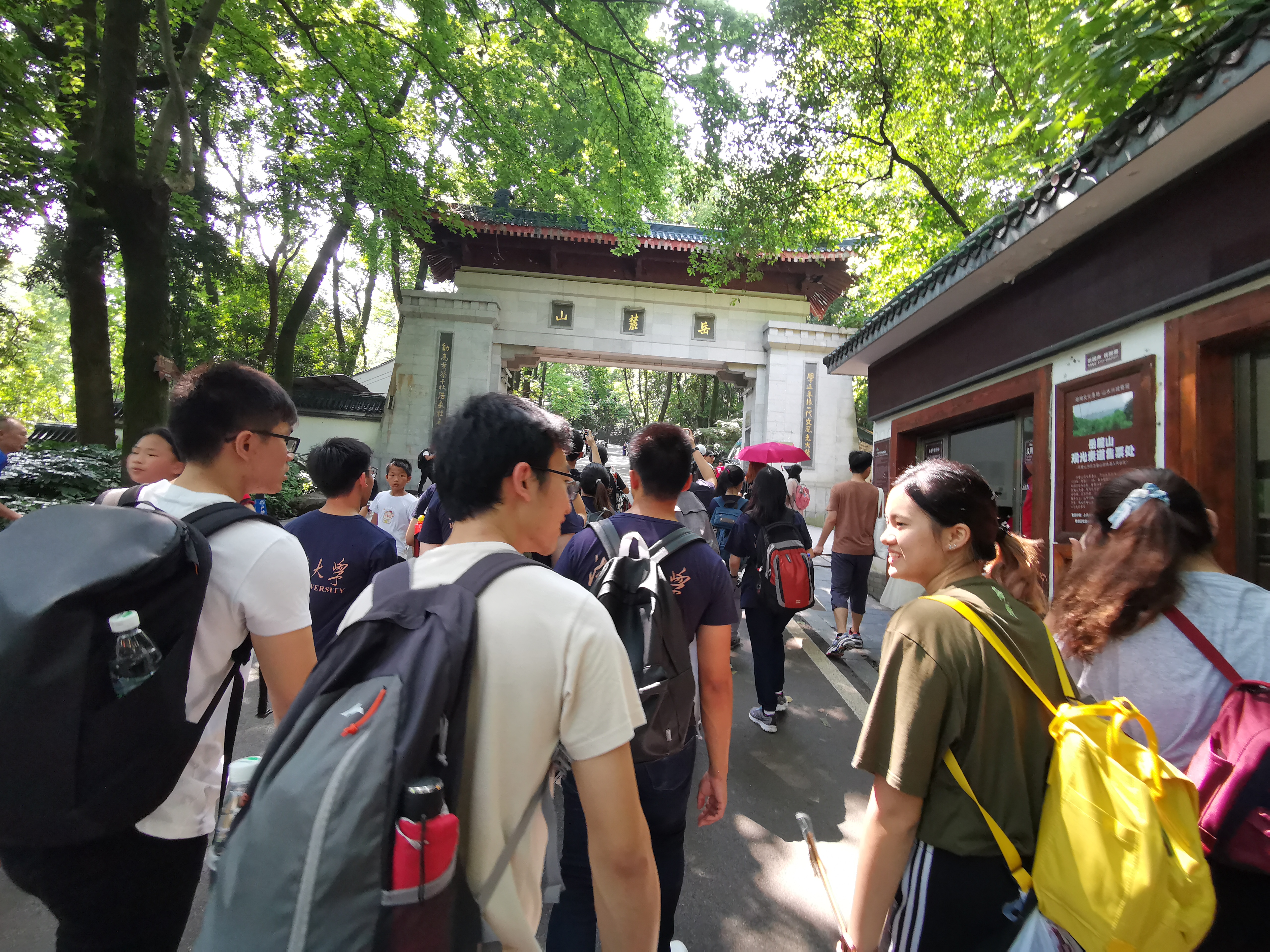 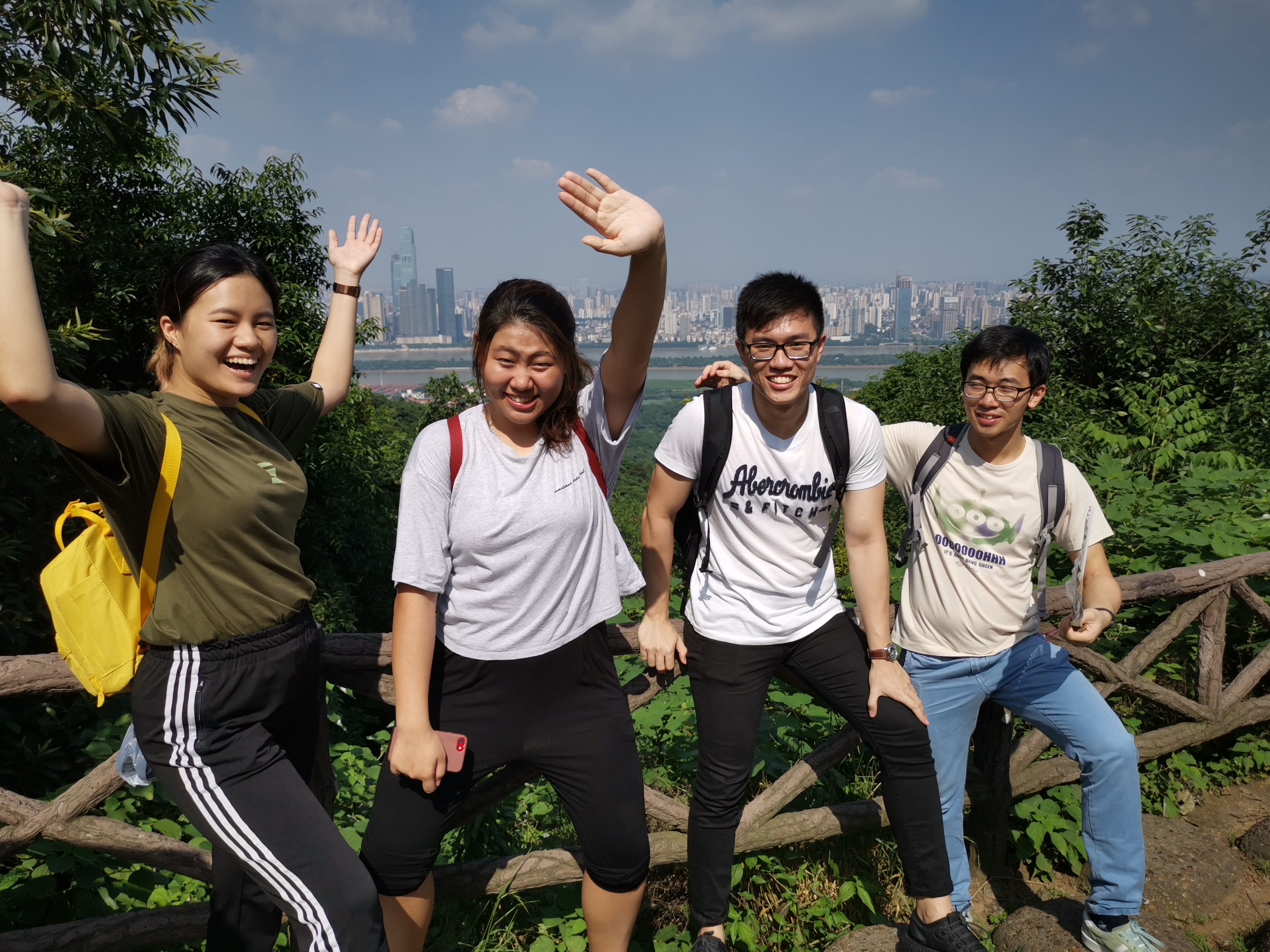 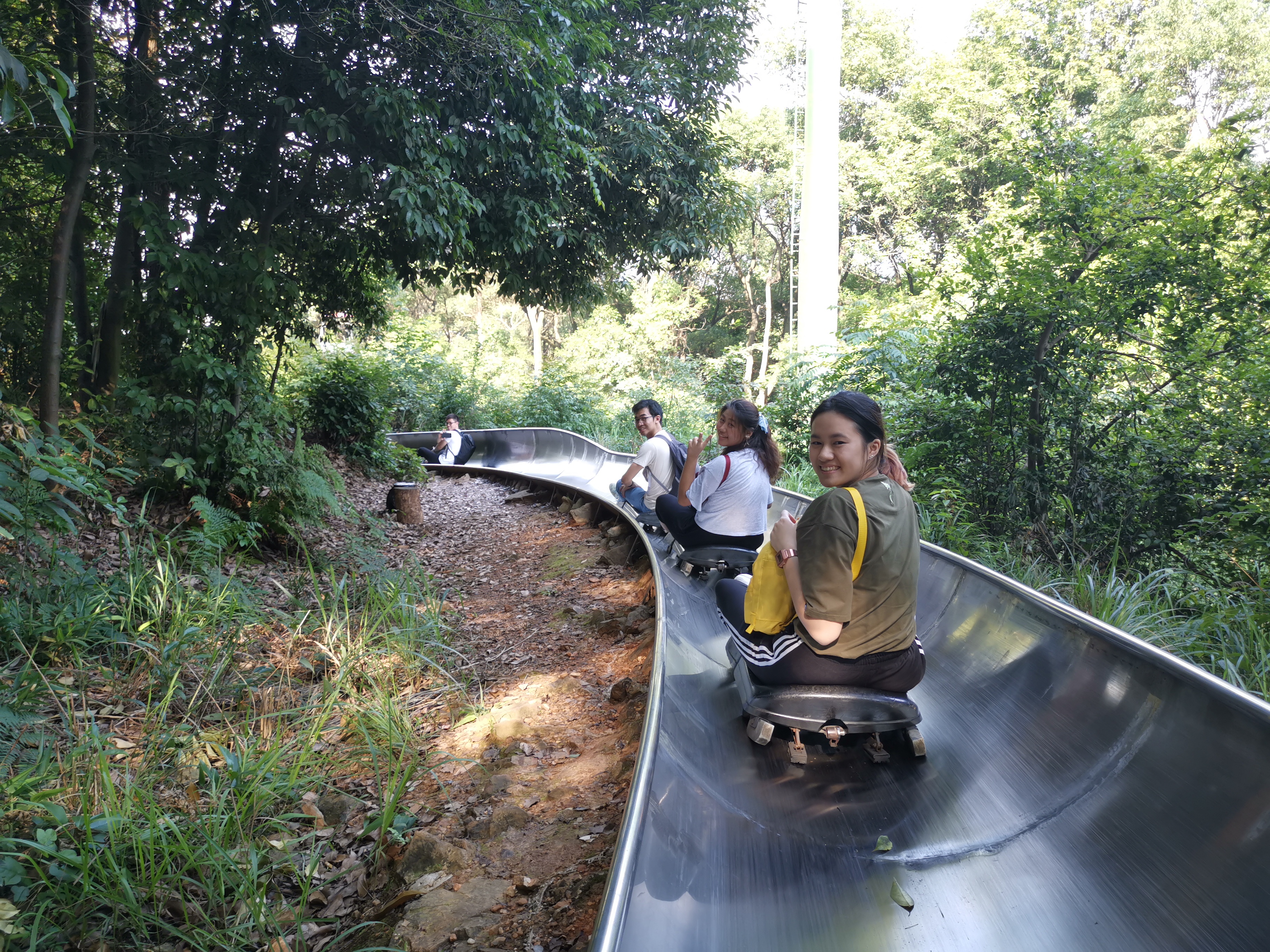 In the morning we went to a museum that has to be my favourite by far and will probably be one to remember for the rest of my life. We went to the Hunan Provincial Museum, it is a famous museum in Changsha due to the relics that was in the museum. The entirety of the museum was about the artefacts found during an excavation site on Ma Wang Dui in Changsha and manage to recover several items used during ancient China, specifically in the Hunan area. There are items that explained so much about the arts, culture and livelihood of people that lived on the same geographical grounds but seem to have lived a different life. From the potteries, bronze wares, clothing and song sheets unearthed, there was over 11000 items discovered that shed some light on how people lived back then. The main event of the whole museum was.. the people themselves, as they have recovered 3 bodies from MaWangDui site, at the deepest level. It is really a marvel to imagine how people of that time dig a grave that is 3 levels deep and to hoist the (Huuuuuge) tomb up. On the tomb, it is inscribed that occupants were the King of Changsha along with his wife and son. Here are some pictures of what we’ve got, all of the museum allowed photography except the area where the body was kept, you can go online to search that up.

In the afternoon we went to several more museums, the first was about the modern development of Hunan and Changsha, the transportation development and information about the land and significant sites there. After that, we went to the Li Zijian Art Museum which looked very modern and artsy fartsy. It is the largest privately owned museum in Hunan and showcased a lot of Li Zijian’s work, which are mostly realism oil paintings that showcase his interpretation of China and Chinese workers in his own imagination and ‘space’. Here are some of my favourites from him.