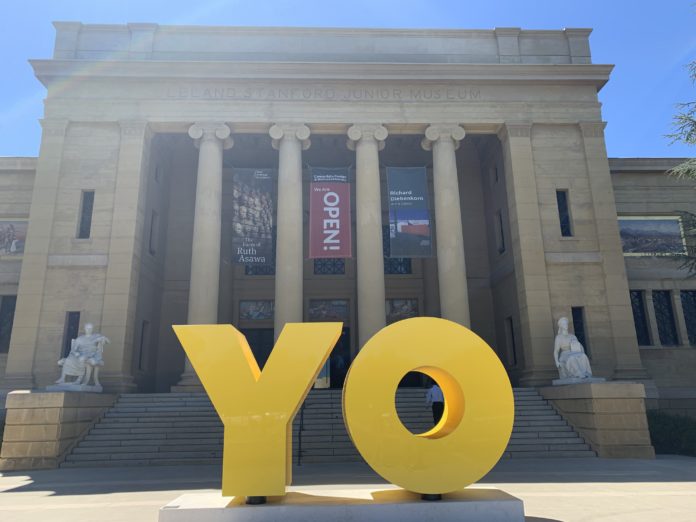 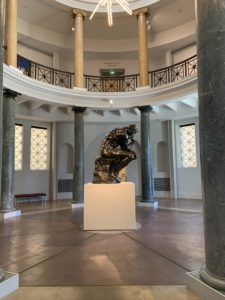 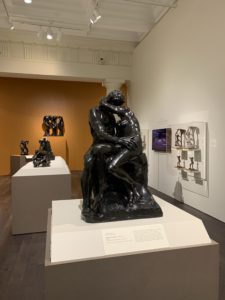 Week 4 was the week when most of us had midterms, the so-called hump week at Stanford, hence it was yet another week of mugging. Despite that, we still found things to do during the weekdays. On Wednesday, we visited the Cantor Arts Centre which is known for its collection of Rodin statues. The Cantor Arts Centre holds the largest collection of works done by Auguste Rodin outside of Paris. There were also exhibits on Native American, Egyptian, European and Asian art, as well as contemporary art.

However, the real stars of the show were the many sculptures and castings done by the revered Auguste Rodin. We saw some of his renowned sculptures such as The Kiss and The Thinker. I was most fascinated by the rendition of the Gates of Hell which was done after Rodin’s death, since he passed before it was finished. Cantor Arts Centre is a must visit location if you are an art buff. 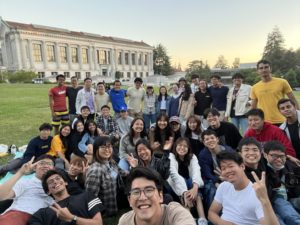 Once the weekend hit, with the midterms behind us, our next outing took us to our SUTD counterparts in UC Berkeley. Although Stanford has a long running rivalry with Berkeley, we did not hold the same animosity as them. Cal was an hour’s drive from Stanford. On Saturday morning, we hopped in our trusty zipcars and headed up to Berkeley. We arrived at the home of the Golden Bears at around 9 am. Our first stop was the Saturday farmers market where I got some really strong coffee. Afterwards, guided by our friends, we did some shopping at the thrift stores and second-hand stores. One noteworthy place was cross roads which sold some eye-catching pieces albeit at a much higher price. There were also a lot of good food options there. One of them was Gypsy’s Trattoria which sold delicious Italian fare at a reasonable price.

No trip to UC Berkeley would be complete without a trip to the bookstore, called the Cal Store. There, we stocked up on all the varsity merchandise we wanted. We finally ended off the day with a picnic on Memorial Glade where we sat down and caught up with everyone together. Finally, we bade farewell just after the sun had set. Then, we made our way back to Stanford having had a fulfilling day.

Stay tuned next week because we have another adventure planned out. We were going to one of the US’s famed National Parks: Yosemite.