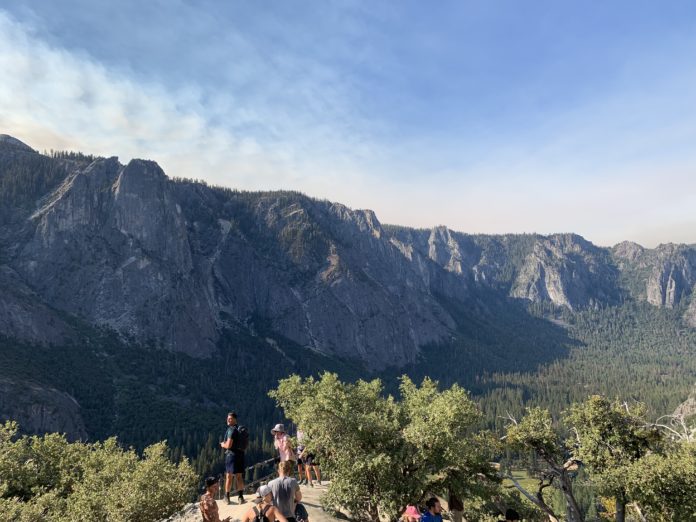 With week 5 rolling in, the weekday lessons were spent in anticipation of our long awaited trip to Yosemite. To ensure we had a good time at Yosemite, we had to get some supplies. We went to the local Trader Joe’s to get stuff. We were pleasantly surprised when we could get a whole box of 18 Clif Bars for just 19 USD whereas you could only get one for 4 SGD in Singapore. However we could not find all the things we needed, hence we went to Walmart to get our first aid kit and other miscellaneous items. Protip: while Trader Joes sells some items at a somewhat cheaper price, they mostly stock Trader Joe’s house brand items so you might not find the things you are looking for! While we were preparing, we noticed that there was an Oak fire burning to the South of Yosemite. Nonetheless, we had our fingers crossed for the trip.

In the early morning of Saturday, three zip cars set off for Yosemite. After an arduous 4 hour drive, we reached the upper Yosemite trail at Yosemite National Park. We had chosen to climb the Upper Yosemite Falls trail which was one of the more popular ones. At the first vista point of Columbia Rock, we were awed by the splendid view of the Valley. Afterwards, we trudged our way to the top of the upper Yosemite Falls loop. However, by that time, the ash from the Oak fire blotted out the views. Some of us also took a dip in the refreshing stream that supplied the Upper Yosemite Falls. After taking photos, we made our way back down to the foot of the trail. 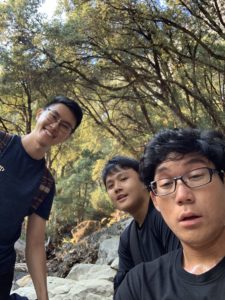 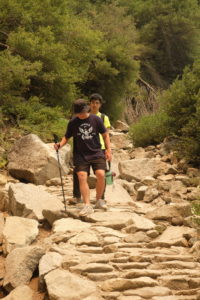 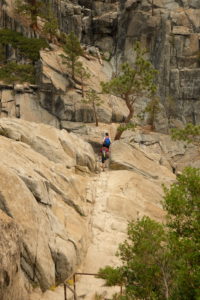 However, at that point, the haze was becoming quite bad. After having dinner at the Base Camp restaurant nearby, we discussed among ourselves to see if we wanted to stay. Hence, a small group of us chose to leave Yosemite early and return to Stanford.

Back at Stanford, we still had the car for the weekend. Thus, on Sunday we went down the coast towards Santa Cruz. We passed by San Gregorio beach. It was a rather small beach off highway 1. There, the wind was blustering and the water was frigid. We dipped our toes in the icy water and also took some photos in some of the caves along the beach.

Afterwards, we cruised down highway 1 towards Santa Cruz. With the windows down, we felt the cool sea air blast through the air as we watched the scenery roll past us. Down at Santa Cruz, we took a walk along the pier as well as along the boardwalk with the world- acclaimed amusement park. We saw many exhilarating rides such as the Typhoon and the Big Dipper. There were also many artery clogging snacks on offer such as the deep fried oreos and peanut butter cups.

That marks the end of week 5. Stay tuned for week 6 since we planned a trip to our next destination: Lake Tahoe.